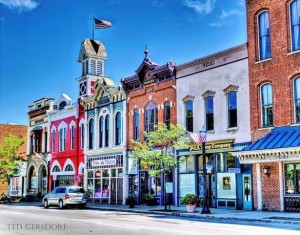 Founded in 1818 and incorporated as a village in 1835, the City of Medina serves as the County Seat for one of the fastest growing and most prosperous counties in northeastern Ohio. Medina boasts an outstanding school system that ranks excellent with distinction in the Ohio Department of Education’s Annual Report Card. The school district is made up of six elementary schools, two middle schools and one high school that underwent a major expansion. In July 2009, Money Magazine recognized Medina as one of the Best Places to Live by ranking them in their list of best small towns. Ohio Magazine followed by naming Medina the 2011 Best Hometown in Northeast Ohio.